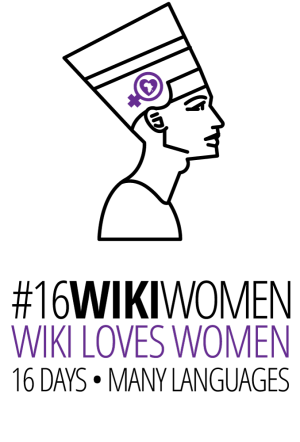 In the run up to International Women’s Day on the 8th March, Wiki Loves Women is launching the on-Wikipedia translation drive #16WikiWomen.

The idea is for Wikipedians to take 16 days to make translate the Wikipedia biographies on 16 notable African women, into at least 16 languages.

The list of the 16 women who will be translated are:

Originally, we wanted to pick 16 biographies of African women that are rated of HIGH quality on Wikipedia. Such as 16 biographies at Good Article (GA level). But it was just not possible because there are actually only a handful of GA articles about African women. With most of the okay quality articles being about women from South Africa.

So, instead, the articles were selected by asking a collection of Wikipedians for their nominations. At the same time, a collection of visualisations (see images below) were published. One of which related to the occupation of African women born between 1900 and 1999. It turns out that many biographies Wikipedia about African women tends to be about actress or singers. Reflecting on that observation, we decided to favor diversity both in country of origin and in professional occupation. The 16 biographies finally chosen vary a lot in terms of length and of quality, but we hope they will reflect many cases of notability across the continent.

How can you get involved?

You can translate one of these articles into a language that has a Wikipedia.