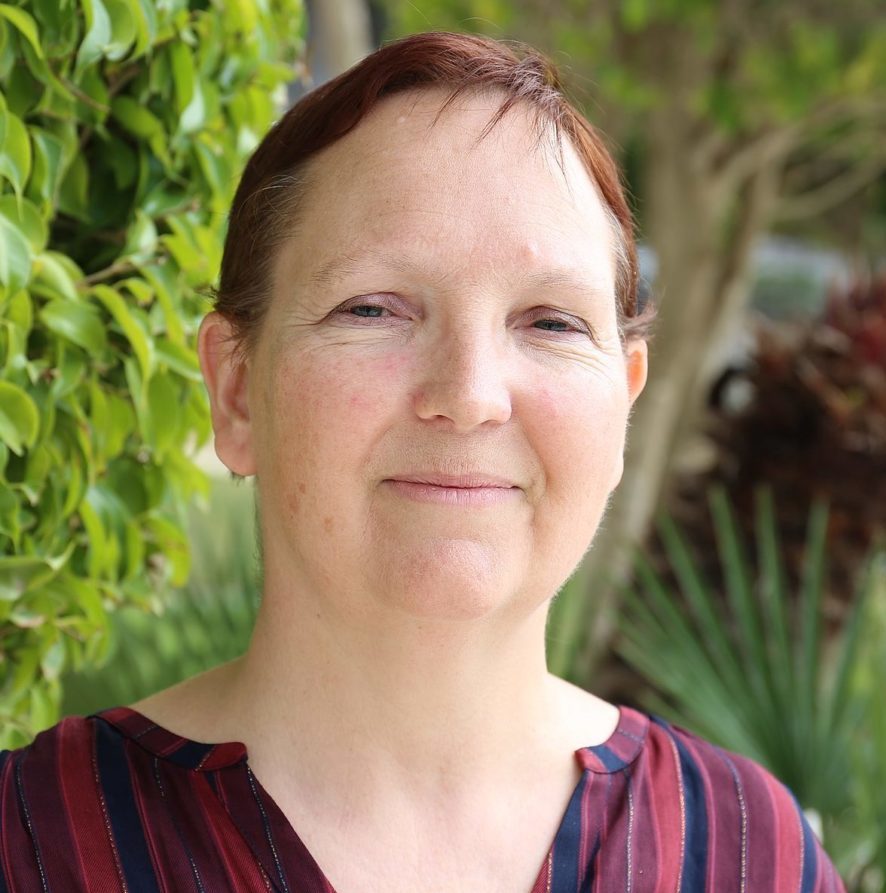 A Wikipedian since 2002, a former Chair of Wikimedia Foundation, Florence Devouard was born in France where she currently lives. Initially trained as an Agricultural Engineer, she transitioned to non-profit leadership, intercultural project management, community building and skills transfer roles. She is a public speaker, writer, and a consultant. Above all, she loves to share her knowledge of new practices and online communities. She cares for language diversity and multicultural dialogue, and is a supporter of the open-source and free knowledge movement. In 2008, she was made a knight in the French National Order of Merit, proposed by the Ministry of Foreign Affairs as “chair of an international foundation”.
Since 2013, Florence is the co-leader on projects related to Wikipedia, Africa and Gender, such as Wiki Loves Africa (photographic contest in Africa), Kumusha Takes Wiki (citizen journalism to collect and create freely-licensed content in Africa), and Wiki Loves Women (content liberation project related to African Women). She is the product owner and lead of two open source software: WikiFundi (an offline editing environment that mimics Wikipedia) and the ISA Tool (a multilingual, mobile-first tool to add structured data to images). She also participated as the Scientific Collaborator at SUSPI to the Wikipedia Primary School SSAJRP research programme (developing and evaluating a system to assess Wikipedia articles for primary education in South Africa). Since 2017, she leads an annual education program in French speaking Africa, the WikiChallenge African Schools (that introduces the next generation of editors to Wikipedia). Florence is strongly engaged in the non-profit sector. Formely chairwoman of Wikimedia Foundation (US non-profit host of Wikipedia), co-founder of Wikimedia France and of Wiki in Africa (a South African-based non profit structure that operates global initiatives in support of the WikiAfrica movement), she is also on the board of several other associations in the Open Movement, such as Ynternet.org (a Swiss NGO involved in e-citizenship), the OpenFoodFact organization (the association behind the open source database of the same name) and LSC-Legal Service for Commons (a French NGO founded to act as a fiscal sponsor for organizations that develop open source software, hardware and services).
Finally, Florence is an active member of les sans pagEs (a Swiss non-profit operating to reduce the gender-gap on Wikipedia in the Francophone world).
>> LinkedIn
>> Twitter
>> http://www.devouard.org/