On the 20th October, at the Gender Gap panel for the Creative Commons Virtual Global Summit, the SheSaid campaign was launched. The SheSaid drive is aimed at improving the visibility of women across Wikimedia projects by creating new or improving already existing Wikiquote entries that are related to them.

Why the SheSaid campaign? 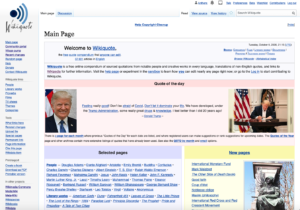 One reason is to balance the representation of gender in the entries of Wikiquote. The other is to show that women’s quotes are less likely to be featured than men’s. Here are a few statistics:

Obviously, not all women say good quotes that would make a Wikiquote entry worth it. Still…

SheSaid runs until the 20h of December 2020. We hope you will take part! Find out more and join the campaign here.